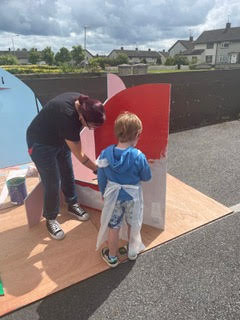 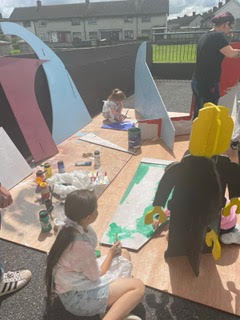 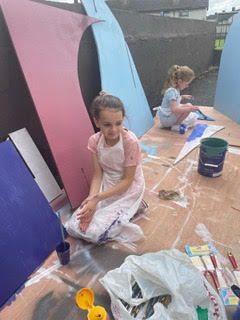 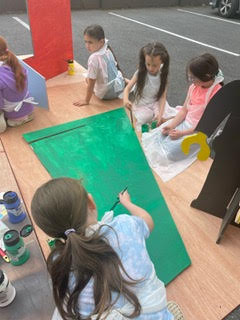 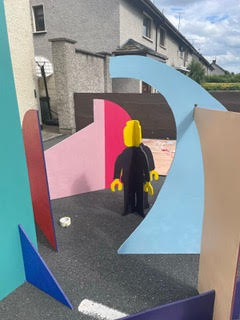 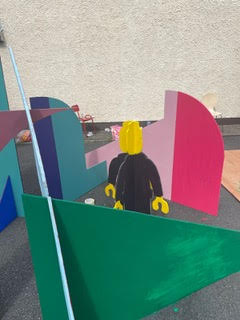 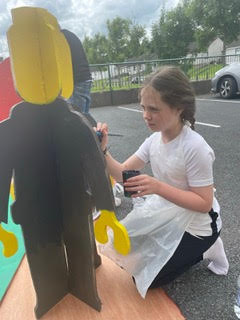 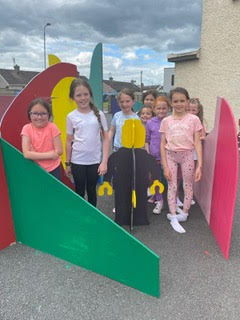 The World is a Stage

The title of our project was “The World is a stage” and the main aim was to introduce the children to a new concept in art which was sculpture. A number of kids from the After Schools Project, which is based in The House in Coxs Demesne, worked alongside Michael Stafford a local artist to complete this Project.

The funding and support that we received from Creative Ireland made this possible. The children worked with Michael in various workshops and came up with some great ideas which eventually became our free-standing sculpture.

The After Schools Project were absolutely delighted to be part of this creation and thanks again to Creative Ireland, Michael Stafford and of course are highly imaginative and creative children.