Welcome to “The House”

We are a community-based youth project which has been based in the heart of the community for almost 30 years. We are of the community and for the community. Our very essence is to reach out to youth and especially vulnerable youth. The following is our overall aim & mission;

“To enable the personal, social and educational development of young people in Cox’s Demesne, believing in the potential within every young person and to encourage them to become actively involved in their own development and the development of their community. We have a priority for young people at risk”. 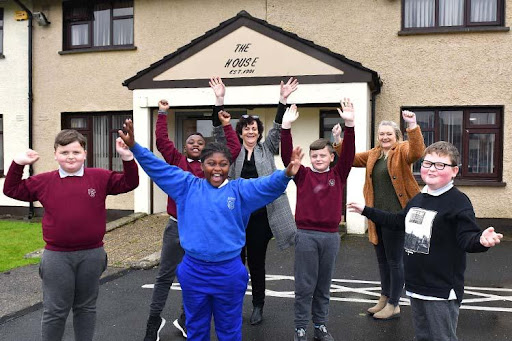 Where did it all begin?

Cox’s Demesne Youth and Community Project was first established in 1991. Two derelict or unused houses were provided by Dundalk Town Council and were renovated by local people. This took place over six months and was spearheaded and driven by Brian Doyle. Local tradesmen and young people gave of their time and skills voluntarily. Louth Youth Federation provided some financial backing and supported the venture. The idea for the project grew out of a vision to provide somewhere within the community where young people who were excluded from all mainstream programmes, projects and clubs would be welcomed, learn new skills and be given new opportunities. It became known locally as ‘The House’. Over the years since 1991 the project has grown and developed. An extension to the premises was built in 1996 and the building is now equivalent to four council houses. While we would still have a priority for young people at risk, we also offer a general youth service to the community.

Presently there are approximately 200 children and young people availing of the programmes and projects on a weekly basis with a staff team of 10 full-time workers, 5 part-time and 2 community employment.

What is your community/initiative most proud of?